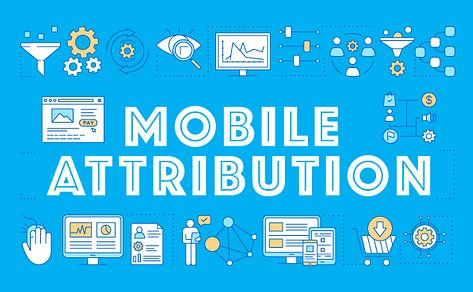 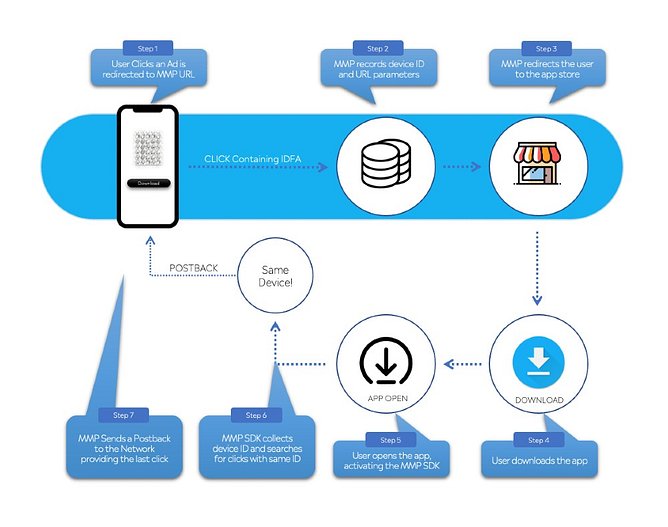 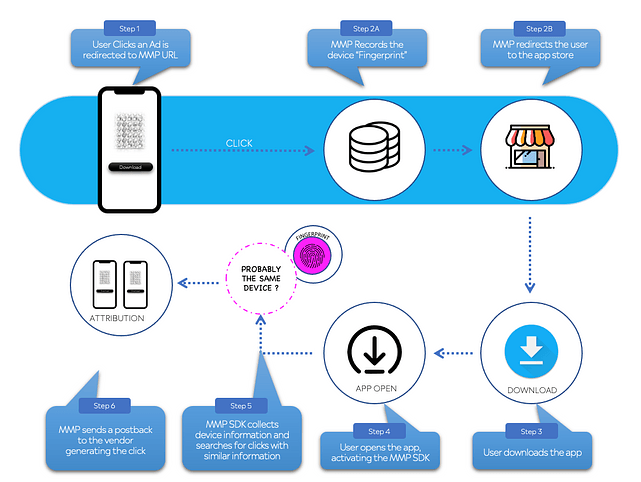 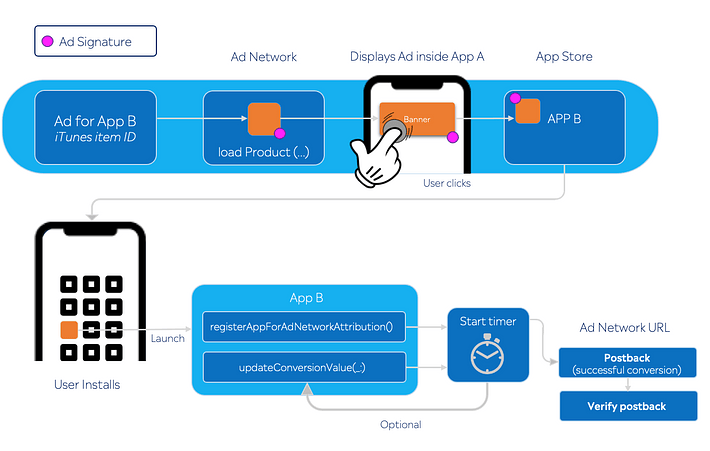 Wherever the IDFA was not passed (for example: Mobile Web inventory, or when Limit Ad Tracking was enabled), attribution providers relied on fingerprinting mechanics to match between an impression/click and an install once their SDK was triggered.

Fingerprinting was the most self-destructive term used in the history of tracking.

Combining multiple parameters in order to profile a unique user, creating a digital “fingerprint” to be matched on install.

WHAT IS AN ATTRIBUTION PLATFORM?

Why Do Marketers Need Attribution Platforms?

Mobile attribution is the process of tracking and matching inventory to action , such as a click to an install.

When the app stores “opened shop”, app developers had to rely on various methods to match between paid media inventories and the user installs. During early app store days, developers had access to persistent device identifiers such as UDID, Mac Address or even user phone numbers.

As the app store matured, the operating systems started restricting developers access to sensitive user identification data, leading many developers to integrate 3rd party attribution technologies that would a) handle the tracking component using an SDK b) handle the postback and maintenance of APIs to the many ad networks available.

Device identifiers acted as the key for tracking and attribution.

Unlike Websites, where Advertisers control their own domain (literally) – Apps required the help of a 3rd party tool to handle tracking and attribution.

The graph below demonstrates the tracking & attribution process:

When a user clicks an ad, advertisers display an App Store product screen with signed parameters that identify the ad campaign. If a user installs and opens an app, the device sends an install validation postback to the ad network. The Apple-signed notification includes the campaign ID but doesn’t include user- or device-specific data. The postback may include a conversion value and the source app’s ID if Apple determines that providing the values meets Apple’s privacy threshold.

INCRMNTAL is an incrementality testing platform providing incrementality insights to marketers. The platform does not replace traditional mobile attribution but works with attribution data , whether through proprietary technology, 3rd party MMPs or solutions like SKAdnetwork.

During Apple’s WWDC in June 2020 they made clear that Fingerprinting will be a forbidden method to track user’s activity for advertising attribution:

Can I fingerprint or use signals from the device to try to identify the device or a user?

No. Per the Apple Developer Program License Agreement, you may not derive data from a device for the purpose of uniquely identifying it. Examples of user or device data include, but are not limited to: properties of a user’s web browser and its configuration, the user’s device and its configuration, the user’s location, or the user’s network connection. Apps that are found to be engaging in this practice, or that reference SDKs (including but not limited to Ad Networks, Attribution services and Analytics) that are, may be rejected from the App Store.

With both IDFA and Fingerprinting limitations – Attribution as we knew it is gone.

·   Source apps that display ads provided by the ad networks

·   Advertised apps that appear in the signed ads

Ad networks must register with Apple, and developers must configure their apps to work with ad networks.

The following diagram describes the path of an install validation. App A is the source app that displays an ad. App B is the advertised app that the user installs.